After visiting Worm in beautiful Sitges, the rest of our Europe-ports were filled with traffic chaos and aggressive Italianos trying kill each other with sigarettes or cars. We are ruining our world with cars!

Day after Barcelona we were at sea, relaxing! I need to take my camera and walk around, take some pictures!

Next port of call, Civitavecchia, (Rome), Italy.  We have been here several times before, both as a port of call on a cruise, and started/ended our cruises here. This time, because Ovation is such a big ship, we docked in the industrial part of the port, instead of where we usually dock, so we had to do shuttle bus in to the city. The traffic was even worse than the last time we were here. Cars all over, also in the narrow streets. We found a small local place to have lunch and a couple of glasses of chianti before we did "to days Farmacia shopping".  I forgot to take any pictures! Back on the ship, some relaxing hours, and in the evening we had dinner in  the "American Icon" - not impressed, but we did not go hungry. 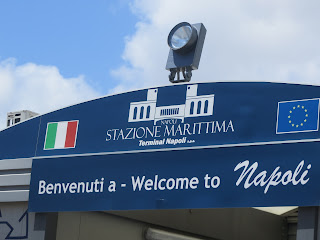 Day after Civitavecchia was Napoli, another car-filled city. One aggressive Italiano actually almost hit me - and I was on the sidewalk! I regret we did not take a tour to either Capri or Sorrento (been there, done that). We could have stayed on the ship too, but then, we have so many sea days ahead of us, so we really need to feel Terra Firma under our feet!!  We found a nice hole in the wall for lunch, I ordered a Anti Pasti... they served 8 - eight - dishes... and not small! And then we had a pasta-frutti de mare - awesome!!!  And house wine.. 1 bottle 3 Euro. I can live with that!

Back on the ship, relaxing, no dinner tonight, after the big lunch in Napoli! But a lot of fun in the Casino with "V" from Perth, Australia! We lost all our money, but we had so much fun!! 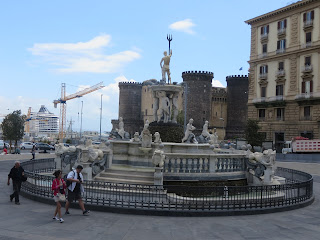 After Napoli we have a day at sea before we have our last European port of call, another car filled city, Pireus/Athens, Greece!
Posted by Laila N. Christiansen at 1:29 AM

Wow! What a nice place is this!Apple Vacations Coupon

I am living for the neon this spring BeautyplusSalon Coupons

LiveWireLabs.
Join hands with LiveWireLabs, a resource augmentation entity, and have the top 2 percent of talent work for you for business analysis, software engineering, and digital media design. Visit our website for more information.
staff augmentation

Copy, click and paste the text you want to translate
This is not the best, but the easiest.